Set in a campy western mining town, Stinkhorn tells the tale of a lady blacksmith named Dusty and her naughty trickster paramour, Blaze. At night Blaze turns Dusty's apprentices into horses and rides them all night long, Finally, Cassidy, the clever apprentice hatches a plan. A psychedelic trip wrapped in a queer western, Stinkhorn is a magical who-rides-who tale with a twist. Combining live action, drawings, miniatures and animation, Stinkhorn is the second story in, Fairy Fantastic!, a gender diverse folk and fairy tale series. 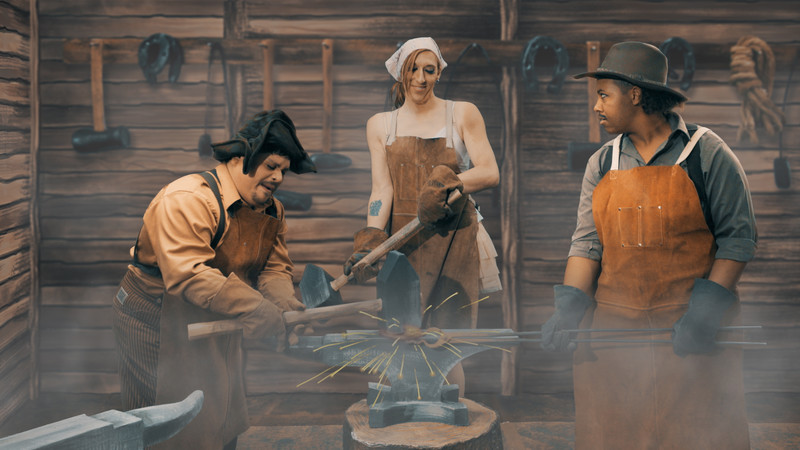 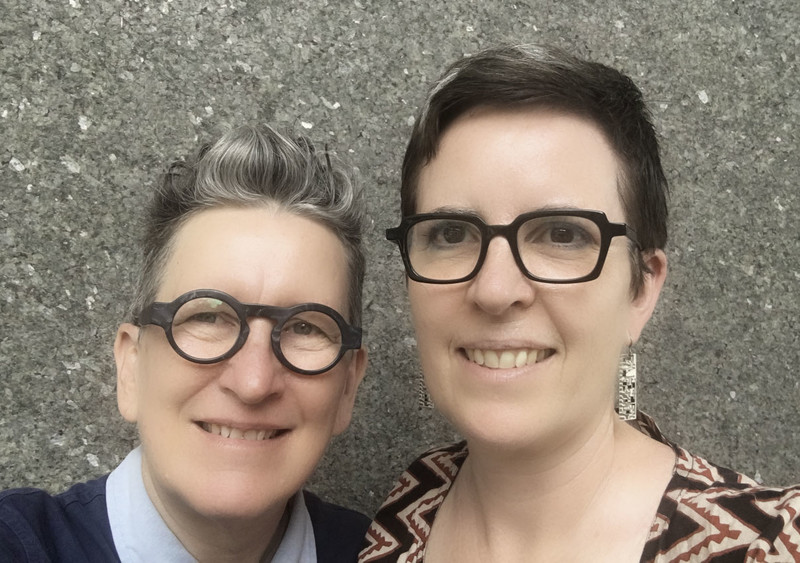 Since 2002 Hilary Harp and Suzie Silver have been romantic and creative partners. Their videos, installations and media performances celebrate experimental and counter-hegemonic aesthetics including camp, psychedelia, folk art and science fiction. Since 2014 Harp and Silver have been developing â€œFairy Fantastic!â€ a platform for the production and presentation of queer folk and fairy tales for all-ages audiences. Fairy Fantastic! advances their commitment to an opulent â€œcinema poveraâ€ in which magical effects are achieved with minimal means. Their hand-crafted, seams-showing illusions combine practical and digital special effects to create a knit-together image in sync with themes of hybridity, metamorphosis, and the disruption of binaries. Aspects of Fairy Fantastic! have screened nationally at venues including Pittsburgh Filmmakers, the 2018 Carnegie International Cinematheque, Anthology Film Archives, the Scottsdale Museum of Contemporary Art, and the Andy Warhol Museum, and at international festivals including in Belarus, UK, Uganda, Canada, Portugal, Romania and Australia.

Suzie Silver has been creating queer performance and video art for more than two decades. Her well-known early videos, Freebird and A Spy emerged from her involvement with the cabaret performance art scene in Chicago in the late 80â€™s and early 90s and are considered canonical works of queer video art. Hilary Harp creates sculptures, installations and media projects which explore new hybrid forms and challenge categories of high and low, male and female, technology and craft. Harp has been the recipient of numerous awards including a Pew Fellowship in the Arts, a Heinz Foundation Creative Heights Grant and two Arizona Commission on the Arts Research Grants. Harp is Associate Professor in the School of Art at Arizona State University in Tempe, AZ. Silver is Professor of Electronic and Time-based Art at Carnegie Mellon University. Their films have screened at hundreds of festivals on five continents and are distributed by the Video Data Bank.