EAT THE RAINBOW is a musical fable about an odd yet kind man named Bayani who moves into a conservative suburban neighborhood and disrupts the otherwise comfortable homogeny. He doesn't look or act like anyone else which causes fear and panic and eventually a demand for him to leave the neighborhood. Cousin Wonderlette befriends Bayani and together they take on the opposition led by manipulative and unscrupulous realtor Lobelia Gerber. 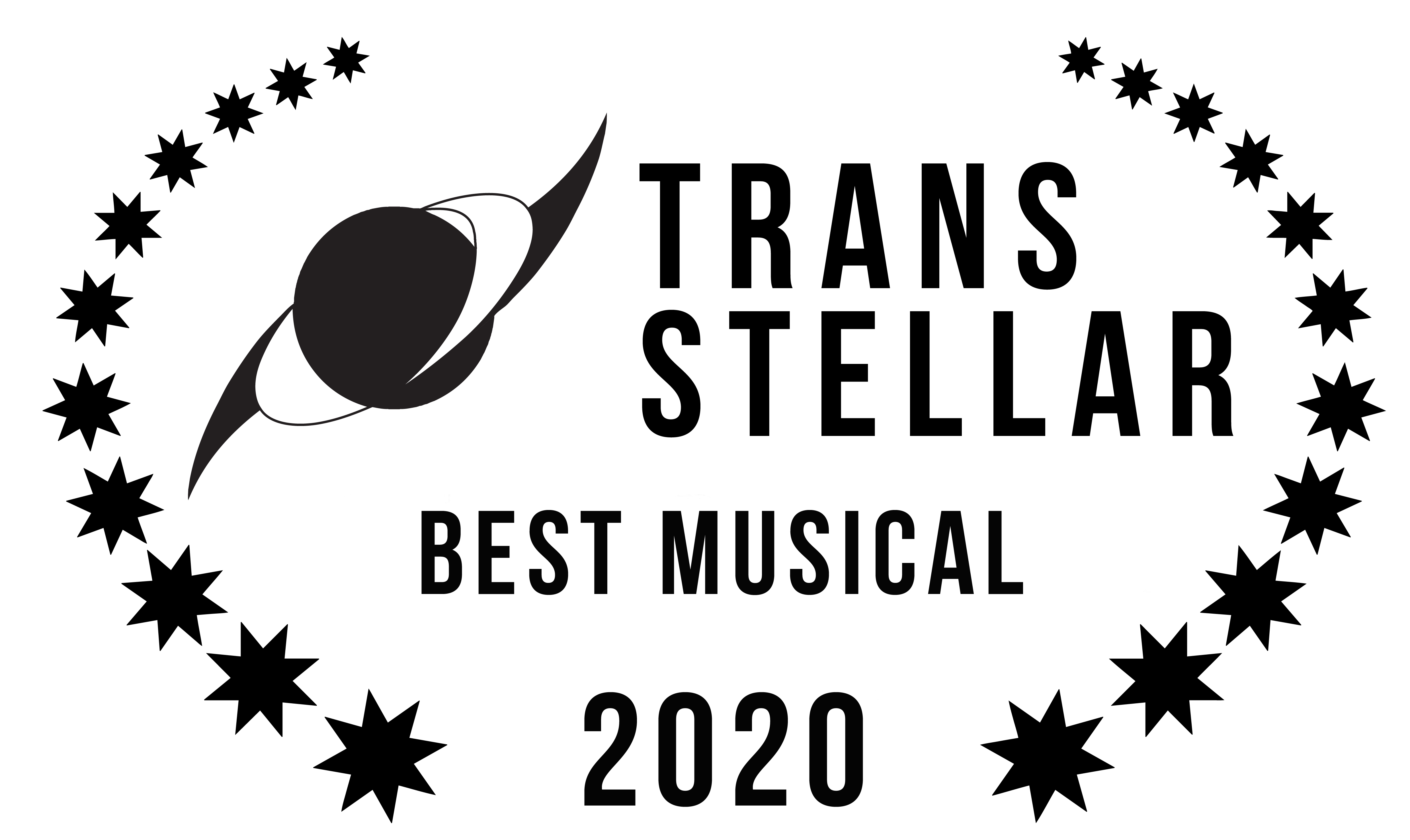 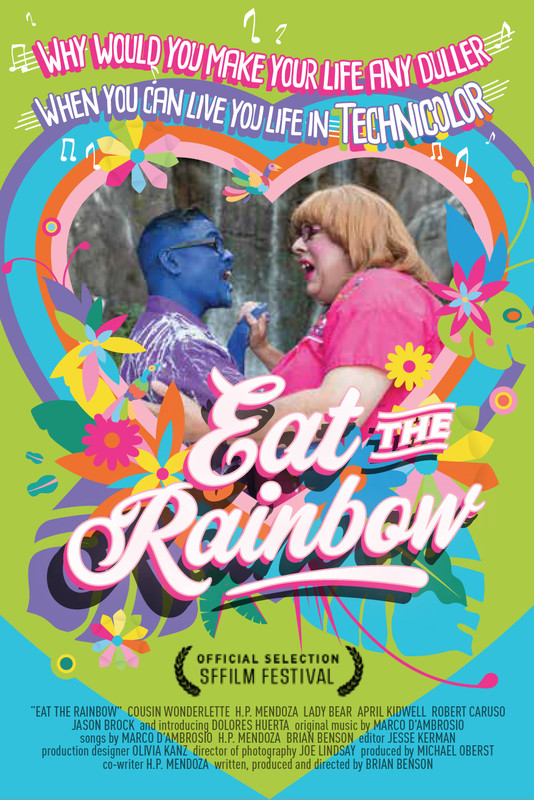 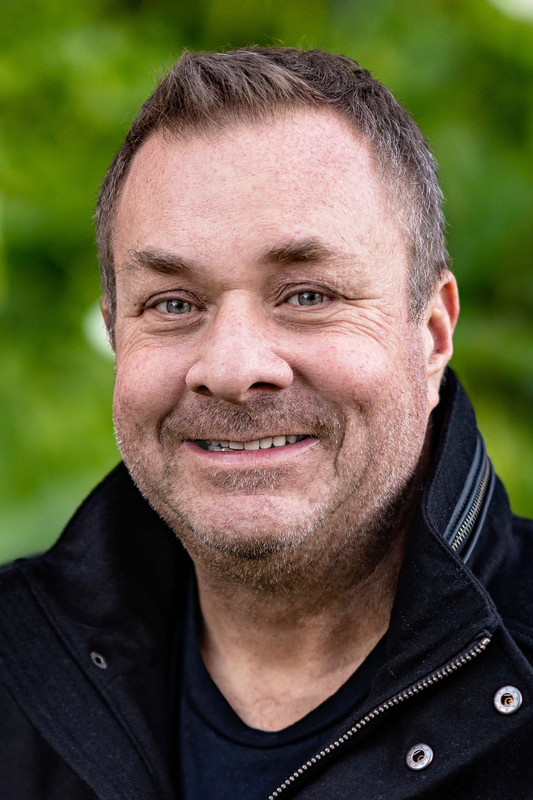 Brian Benson has been making ridiculous movies since he was 8 years old – only then he had youth as a defense. After studying film at UCLA and San Francisco State University, he directed several festival films and a few commercial videos including an ill-fated video about a loose-fitting condom. His alter ego, Cousin Wonderlette, first performed in 2003 at a late-night live serial show in Los Angeles called THE STRIP, A LIVING COMIC BOOK and then didn’t reemerge until 2009 when San Francisco drag superstar Peaches Christ snatched her out of hibernation to perform at her summer screening series MIDNIGHT MASS. Heklina, another legendary drag star, took the risk of putting Cousin Wonderlette on stage in her super-successful show TRANNYSHACK at the DNA Lounge in San Francisco.

Brian’s day job is producing and assistant directing movies and TV commercials and he has over three dozen feature films and hundreds of commercials under his belt. After his first film as producer, HAIKU TUNNEL, screened at the Sundance Film Festival in 2001 he was awarded the prestigious Sundance Producer Fellowship.  Brian assistant directed Peter and Benjamin Bratt’s 2009 award-winning film LA MISSION and he produced Peaches Christ’s ALL ABOUT EVIL, a dark comedy starring Natasha Lyonne, Casandra Peterson and Mink Stole. He was a producer on HOWL, a film about Allen Ginsberg’s poem directed by the Academy Award winning team Rob Epstein and Jeffrey Friedman, executive produced by Gus Van Sant and starring James Franco, Jon Hamm and Mary-Louise Parker. HOWL was the opening night film at the 2010 Sundance Film Festival.

In 2014, Brian was the First Assistant Director for the Sundance and theatrical hit THE DIARY OF A TEENAGE GIRL starring Kristen Wiig and Alexander Skarsgård. In 2016 with executive producer Carlos Santana, he produced DOLORES, a documentary about civil rights icon Dolores Huerta with interviews by Huerta, Gloria Steinem, Angela Davis, Luis Valdez and Hillary Clinton. The film premiered in competition at the 2017 Sundance Film Festival and was released theatrically in late 2017 receiving only positive reviews and attaining a 100% rating on Rotten Tomatoes.  In 2019, DOLORES was honored with a Peabody Award. At the 2018 Sundance Film Festival, he premiered SORRY TO BOTHER YOU for which he served as Co-Producer and First Assistant Director. The film stars Lakeith Stanfield, Armie Hammer and Tessa Thompson and had a successful theatrical run in summer 2018.

Curently Brian is producing 4 feature films, writing a musical feature film which he will direct and teaching a course in Film Production and Financing at San Francisco State University about, among other things, the appropriateness of inappropriate cinema.